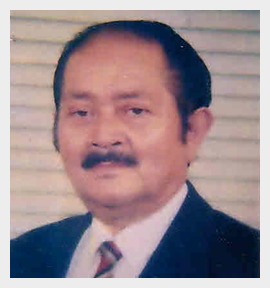 Life of Late Shrolenson Marbaniang, popularly known as Bah Shro, a renowned business tycoon, philanthropist and a devoted social worker of Meghalaya is really a tale of rags to riches. His life, in fact and deed, is a glowing example for emulation by present generation of youngsters, in all sense of the term.

Born in April 1937 at the then obscure and remote Mawsynram village in present day East Khasi Hills District of Meghalaya, he had a very humble beginning. With very little primary education, he had to jump headlong in the struggle for existence at the early age of 13 on the sudden and premature death of his elder brother who was the sole bread-earner of the family. With insignificant capital but immense energy, dedication and faith in himself he surged ahead in business initially by small strides. His soft-spoken and amiable disposition, mild nature and obliging approach had endeared him to all with whom he came into contact. His hard labour, determination, foresight, gifted wisdom and intelligence coupled with a high sense of discipline and integrity soon accelerated his pace of advancement in business sphere and earned him a name and fame of his own.

Hailing from a traditional clan religion, at the age of forty he embraced Christianity and turned into a devout Christian with all faith reposed on the Lord Jesus Christ.

The business circle of Shillong witnessed his rapid growth and shortly realized his capacity for entrepreneurship which placed him in one of the top-most positions of entrepreneurship. His activities as a Class- I Contractor of repute and distinction besides in other fields showed him executing many a prestigious development activity particularly in the field of construction in this part of the country. The Third Secretariat Building of Meghalaya, Shillong; First Phase of Jawaharlal Nehru Sports Complex; Don Bosco Sports Stadium, Shillong; major construction like Headquarters Building and in Stages III & IV of Hydro Electric Project at Kyrdemkulai under Meghalaya State Electricity Board; Supermarket at Tura; Social Science Complex of NEHU; major constructions in IIT, Guwahati; office building of DGP, Meghalaya; Air-Traffic Control Tower for Airport at Tura and construction of Power House (3 x 135 MW) Dikrong Power House in Arunachal Pradesh under NEEPCO, NEHU Kendriya Vidyalaya School Complex, are some of the prestigious construction works which bear the stamp of his superb management skill and capability.

His rise in material sphere did not lead to his severing ties with his moorings. He contributed immensely to the development of educational facilities at college level at Mawsynram and himself bore all expenses of its running. He also brought up many primary schools in various villages particularly in the border areas of Meghalaya. Thus, he left his mark also as a social worker imbibed with the spirit of bringing hope and light amongst the downtrodden brethren of the State.

While amidst a flurry of activities and achievements his life came to an end in a tragic chopper crash near Kyrdemkulai on the 22nd of September 2004 while on his way back from New Delhi in his zealous endeavour to secure help and support from the Government of India for the college at Mawsynram set up by him in his efforts to spread the light of education amongst the backward tribal populace of the border areas of Meghalaya more particularly in the Mawsynram area.

Bah Shro is no more; but he shall be remembered for long as a beacon of light to foster goodwill amongst various communities of the State and as a unique person, a visionary, a capable and dynamic person and a friend of needy, toiling and suffering ones of the State.

The Bible says, “God testifying of his gifts; and through it he being dead still speaks.” Heb. 11:4